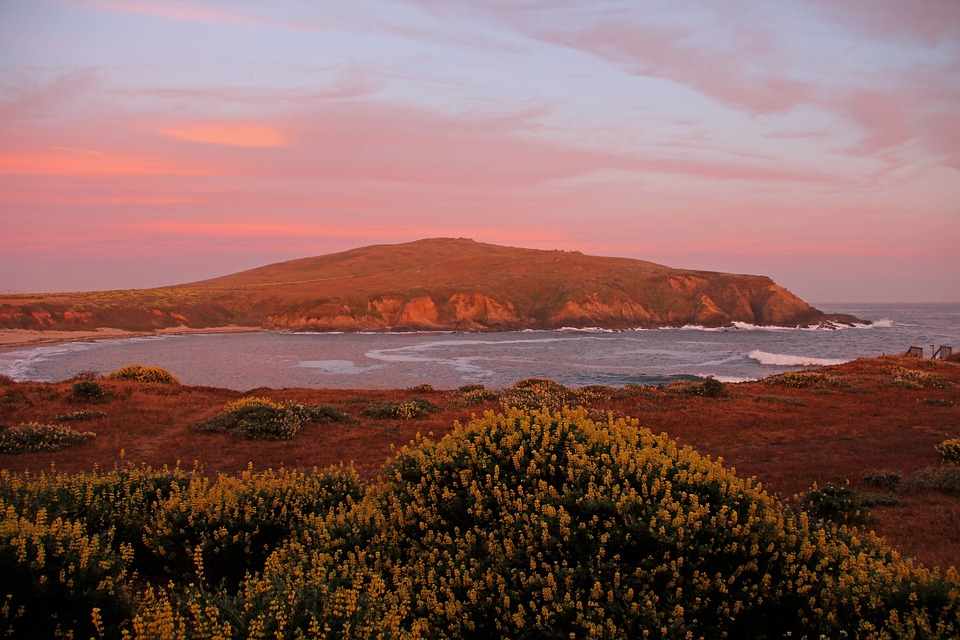 Abalone on the California Coast

The stretch of California coast in the counties of Sonoma, Marin and Mendocino has a unique place in the history of colonialism, being perhaps the only place on Earth contested simultaneously by the Spanish and Russian Empires—all this decades after the United States had declared independence.

Of course, as with every land claimed by the colonists, there were indigenous people living there already. People whose traditions grew out of their symbiotic relationships with the land and sea. In this case it was the Pomo and Coast Miwok people, who still live in the area. We spoke to Jacquelyn Ross, a Pomo and Coast Miwok woman who comes from a long line of fishers, about how things have changed in recent decades, and the impact of these changes on the health of the ocean and indigenous cultures, particularly with regards to the abalone.

“It all comes down to two different approaches to resources,” Jacquelyn tells me. “There’s fishing to supply your own community or trade locally in a circular economy, and there’s fishing as a commercialized industry. In the latter, massive volumes of fish are exported far away from where they’re caught, crippling the local ecosystem and concentrating the economic benefits in the hands of big fishing companies. That’s what’s been happening here.”

Not that local consumption can’t also be destructive if it’s excessive, as Jacquelyn points out. “The California government began actively promoting the consumption of local seafood some decades ago, and the upswing in popularity meant some species were eaten out of existence.”

First to go were the salmon. Their historic abundance in California is credited with allowing resident Native American groups “to attain some of the highest population densities to occur among the non-agricultural native societies of North America”[1], but the population explosion[2] following the Gold Rush outpaced the ability of the fish to reproduce. By 2008, the fishery had collapsed, and all salmon fishing was banned by the government for the first time in history. While stocks have since recovered somewhat, they are unlikely to ever be anything more than a fraction of their pre-colonial heyday.

Next was the Dungeness Crab, which is particularly sensitive to the warming waters and ocean acidification. It was a key species for this fishery, accounting for more than a quarter of fishing revenue on the West Coast, but since the “Blob” marine heatwave of 2015 their numbers have suffered, and nowadays the number which fishers are permitted to catch is restricted.

The decline of the abalone

Then there’s the abalone, which Jacquelyn talks about extensively in her Food Talk for Slow Fish. “The State of California has been promoting the consumption of abalone since as far back as the 1920s, but nowadays there is no legal fishing of wild red abalone. It was banned in 1997, and we learned earlier this year that the ban will be in effect until at least 2026. People have turned to farming them instead.”

There are other factors that have led to the disappearance of the abalone, beyond over-harvesting: their habitat, the kelp forest, is also disappearing, leaving them and many other species without shelter. The kelp is being destroyed by the effects of pollution and agricultural runoff which lead to the acidification of the ocean and a reduction in oxygen levels. “Then there’s the boom in the sea urchin population. They’re a competitor species and they can have a significant impact on abalone numbers. They etch their way into the rocks which the abalone need a foothold on to survive. The urchin are hardy and robust, and they’re voracious hunters. The abalone are not highly mobile, so if their food source dries up they can’t move on to new feeding grounds as easily as urchin can.”

This low mobility creates cascading consequences when specific populations are wiped out. “If the abalone in one bay are gone, then the animals in the adjacent bays may become permanently separated, leading in the long-term to lower genetic diversity, and all the problems that brings.”

Indeed, even those abalone that have managed to survive are still suffering. “New diseases have arisen, including withering abalone syndrome, which causes lethargy in abalone, retraction of visceral tissues, and atrophy of the critical foot muscle they use to cling to rocks, making them more vulnerable to predators. Fisheries have been decimated by this disease.”

So what could be done to tackle these problems? One solution Jacquelyn proposes is to eat the abalone’s rival: the urchins. “Bigger urchin are prized in sushi, but it’s smaller urchin that are creating the issue along California coast—we need restaurants and seafood dealers to get onboard with promoting the sale and consumption of smaller urchin to try and dent their numbers, and give other species like the abalone a chance to regenerate. Urchins could also be used to make fertilizer.”

The long-standing ban on abalone fishing has created a cultural disconnect, as traditions are slowly eroded, unable to be passed down to the next generation. As Jacquelyn says, “There are so many younger indigenous people now who’ve never harvested an abalone. I have a cousin who’s never gone out and fished one. When I learned this, I had the same kind of shock you might get from learning someone had never sewn on a button.”

Abalone weren’t just used as food by indigenous peoples either. Nothing went to waste. “The meat was eaten, and the viscera used as fish bait, while the shells were used as jewelry or decoration. They were a valuable trade item, once upon a time.”

The knowledge of how to catch and process abalone is also at risk of disappearing. “Rock pickers like me only ever took abalone close to shore, leaving the more adventurous, far-out abalone to reproduce. When a population is healthy there’ll be abalone near the shore. If not, it means they’re in trouble. There’s a certain way to process them too, but many people, including myself, are resigned to never harvesting them again because the population won’t recover soon enough.”

The act of processing abalone won’t necessarily be lost, because of farmed populations, but as Jacquelyn points out, that’s missing the bigger picture. “Farmed abalone are a mitigation measure, but farming the animals doesn’t allow people to learn about their real environment and their relationship with their ecosystem. It limits us simply to the aspects of cooking and butchery, or in other words, how they can serve us humans.”

There are differing views of abalone farming among indigenous peoples, Jacquelyn tells me. “One tribe is considering starting a farming operation. There are already farms, especially in the California Central Coast, and these farms like to promote themselves as ethical… but personally I’ve never tasted a farmed abalone. I couldn’t bring myself to do it even when it was offered. It’s a matter of principle.”

The loss of the abalone is even greater than what it might mean for the local economy, or for the indigenous peoples of the area. “All too often we forget the relationships between different elements in the ecosystem. They’re all interconnected. So if we take an animal out their habitat, willfully, we’re breaking chains in a larger system of life. People can understand this ecologically, the way that cycle of life works. But there’s a spiritual loss too, when animals are lost forever. We’re taking something away from the planet that won’t come back.”

This lack of respect for the complex interconnected nature of ecosystems is also reflected in an ignorance the complex webs of relations between indigenous communities, too. “There’s scant consultation with the indigenous people who’ve been working with these species the longest. Often when a tribe finds out something is going to be regulated they are told ‘well, there was a period for public comment’, but that’s different to actually contacting indigenous people and trying to talk to them about their experiences.

“Regulatory agencies, such as the California Coastal Commission, must consider the customary practice of inland tribes who share the marine foodsheds. It’s all interconnected. You can see images of abalone on the clothing of tribal people living hours away from the sea. How did people who live three hours from ocean ever get access to abalone? How did they manage to keep their songs, dances and prayers of the ocean, over the centuries, despite their distance? These relations between inland and coastal peoples are attested to in these cultures. The story of Abalone Woman exists among the river tribes of inland California. That tells you a lot about the importance of this animal, and the supernatural place they have in our culture, as well our ecology.”