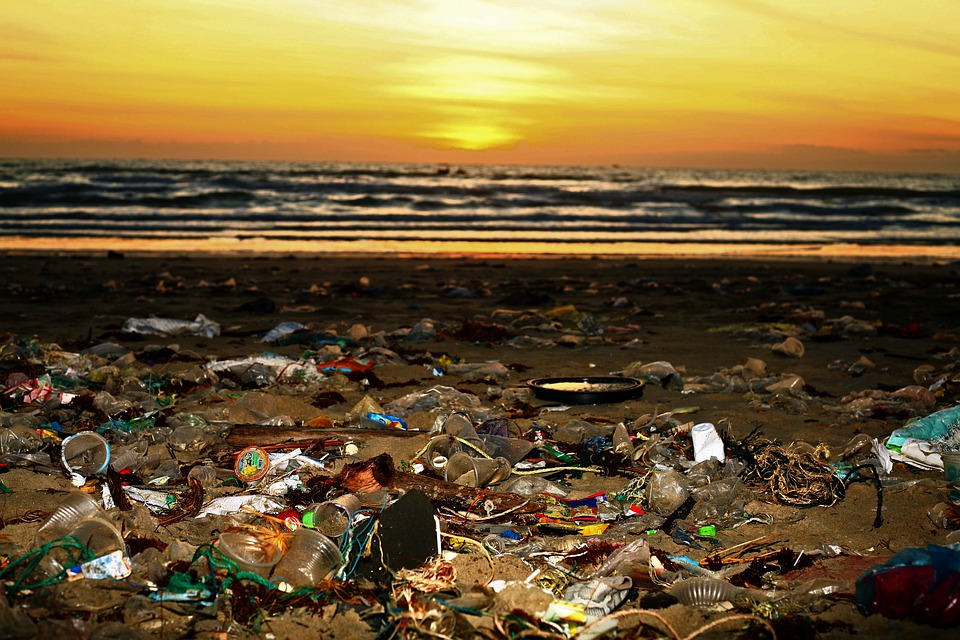 The fight against plastic waste at sea

Plastic pollution is the most widespread problem affecting the marine environment, and the action required to solve the issue will need to be massive, coordinated and international.

One of the biggest hurdles ahead of us is bureaucracy: the classification and disposal of this plastic waste is beset by operational difficulties which will need to be overcome if we are to have any chance of saving our seas.

At the Slow Fish webinar Classifying Marine Debris on June 21, 2021, we discussed the issue of plastic waste disposal with experts working on the issue in Europe, with a particular focus on the Italian region of Puglia.

First to speak was Iain Shepherd, a senior expert at the European Commission’s Directorate-General for Maritime Affairs and Fisheries (DG MARE). As he outlined, there have been projects over the years to involve fishers in the task of bringing marine plastic to shore. One of the major stumbling blocks for these initiatives were the various port authorities, who, having to pay for the disposal or recycling of waste, often passed these costs onto fishers in several instances, disincentivizing the collection of waste at sea.

One of the major turning points was a shift in public opinion, which Iain partly attributes to the success of the popular BBC nature documentary series Blue Planet. Its episode on the impact of plastics and microplastics on marine ecosystems caused a butterfly effect through civil society and governments, leading to lots of decisive actions being taken around the world to ban plastic straws and other single-use plastics.

Since then, the European Commission has been working on two initiatives: Port Reception Facilities initiative pioneered by EMSA (the European Maritime Safety Agency), and the Commission’s own Single-use plastics initiative. The former aims to restore incentives for fishers to bring plastic waste ashore, as it forbids port authorities from charging fishers for its disposal and recycling. The latter is working to phase out the ten most-commonly found plastic items on Europe’s beaches and promote sustainable alternatives. It also obliges producers of fishing gear to pay for its disposal at the end of the products’ life cycles.

Gianfranco Grandaliano Director of the Puglia Regions’s Agency for Waste Management (AGER) lamented how the bureaucratic classification of plastic waste brought ashore made it prohibitively expensive to dispose of. That’s because it was classified as “special waste” that therefore had to be submitted to various logistical and technical procedures, rather than simply being taken for recycling as normal plastic waste from land-based garbage collection would be.

The issue is also a juridical one, as Italy’s national legge salvamare (sea-saving law) is supposed to facilitate the collection and recycling of plastic waste found at sea, and to promote its recycling as part of a wider push towards a circular economy. To date, there are still frictions between national laws and local government policies, leading to inefficiencies in implementation. As such, Italy sits firmly in the middle of the EU table for plastic recycling.

Biodegradable substitutes and the circular economy

The comments of Donato Pentassuglia, Regional Assessor for Agriculture and Fishing in Puglia, and Andrea Di Stefano, Manager of Special Projects and Business Communication at Novamont, echoed the same points. As Donato said, there needs to be more cooperation between all levels of government, and across ministries, in order to make sure that the legge salvamare is implemented quickly and effectively. But besides working to collect, dispose of and recycle plastic waste, the work to move away from plastic entirely and into biodegradable materials is just as important.

Andrea’s company Novamont is working on such products, including fishing instruments and storage solutions, from boxes for captured fish to fishing nets that are all quickly biodegradable. They’ve recently begun a research project together with the University of Gastronomic Sciences to investigate the behavior of different materials and to ascertain their suitability for fishing.

As Iain Shepherd concluded, while these steps are all in the right direction, the European Commission is still cautious about the concept of biodegradability because of its rapid spread in the language of marketing. “We didn’t make any firm commitments regarding biodegradable materials in the initiatives enacted so far except to intensify research in this area, as much more is needed.” Lastly, as another tool in the fight for greater sustainability in this area, the Commission has requested that the European Bureau of Standards make it obligatory for the labelling of all fishing gear to include information on its recyclability.

HELP ENSURE THE FUTURE OF THE OCEANS AT SLOW FISH

THE SLOW FISH WEBINARS ARE FOR EVERYONE WHO CARES ABOUT THE FUTURE OF OUR WATERS. THEY AIM TO SHOW HOW THIS WORLD IS RELEVANT TO ALL OUR LIVES, AND NOT JUST THOSE WHO LIVE IN CLOSE CONTACT WITH THE SEA. UNDERSTANDING THESE FUNDAMENTAL INTERCONNECTIONS IS VITAL FOR THE FUTURE OF OUR PLANET. CHECK OUT THE CALENDAR OF FORTHCOMING EVENTS!